Read more about the mapped area

Local events are usually low key and in the 'localised' area, ideal for newcomers to try the sport and Activities are non competitive events used for training and coaching, aimed at members of the club, but they can attract people from neighbouring clubs, and are often ideal for newcomers to try the sport. Regional events attract participants from around the local Region, National events are high quality competitions that will attract people from far away, Major events are Major Events such as a British Championships.

Fabulous fun was had at Fearnoch yesterday with a large contingent of orienteers (some old hands and some trying out the sport for the first time) rampaging round the forest.

It was a beautiful, sunny day which encouraged folk to stay on after their run, socialise, analyse their results and enjoy a general debrief about the courses and the skill of orienteering. I think a lot of learning went on yesterday but it wonderful to see the smiles, enthusiasm and obvious enjoyment.

I was feeling pretty happy and I have to confess even feeling a little bit smug with the way the day was unfolding until I spoke to Finlay who informed me that he'd had a great race but No. 4 (105) was missing. My world came crashing down around me when reality struck and I realised that I had forgotten to put the control out...panic.

It was quickly resolved by me hurtling off on my bike carrying the kite and stake in one hand like a knight on her trusty stead at a jousting tournament. I almost had a bullseye with a poor gentleman innocently walking his dog. Luckily I looked up in time and managed to take avoiding action. So the end result is that some of you will have had the pleasure of dibbing 105 (control 4 on Yellow, control 7 on Orange) and others will have had the dubious pleasure of questioning their map reading skills and indeed even their sanity guddling around in the bog looking for the phantom control. The planner (me) would like to eat a huge piece of humble pie, 'fess up and offer a massive apology to all those poor orienteers out on either the Yellow or Orange course who had the misfortune to complete their course before the mistake was realised.

After further discussion with Alan, we felt that the fairest course of action was to void the leg before and after (you will notice that for those who did punch number 105, the leg times are in italics) for the Yellow and Orange courses.

Ross assured me that he'd often made the same mistake! Alan assures me that I'm a strong contender for the wooden compass!

The fourth of the Autumn/Winter series of local events.

This event has been moved from Oct 27th to October 20th.

Park at the Forestry Commission Scotland carpark signposted off the A85 between Taynuilt and Connel.

Fearnoch was originally mapped for its path and road network suited for courses up to technical difficulty 3 (including Long Orange) and bike-O. Club members have since added in some detail to the more open wooded areas and courses visit some of these areas. Several areas have been felled in recent years or suffer from windblow. Courses avoid the areas most affected by brashings or fallen trees but those on the more technically difficult courses should choose their route choices carefully to avoid the dark green and hatched green areas.

There will be NO planned training prior to the start this week.

Entry on the day, but please email in advance to book your map(s)

There will be plenty of EckO members available if you wish to talk through your map and route choices beforehand or answer any questions you might have.

Yellow 2.7km (with some controls taped)

Orange 3.3km (with some controls taped)

The nearest public toilets are in Taynuilt. 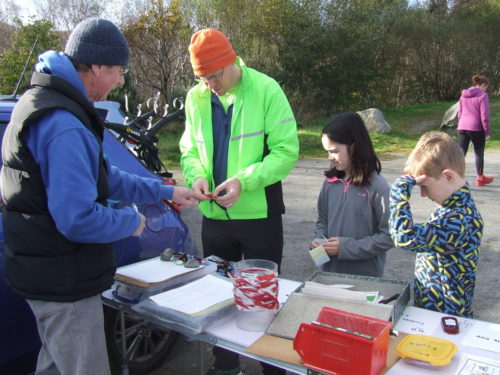 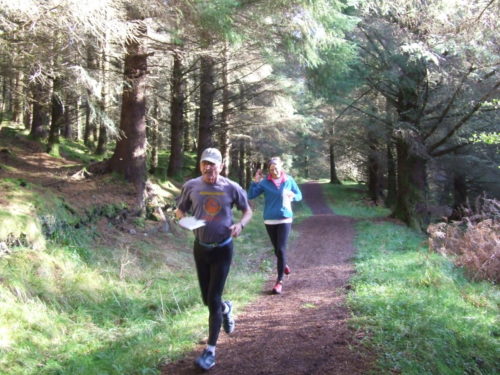 The race is on
Credit: BK 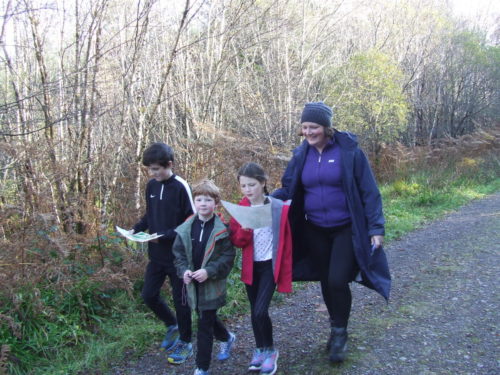 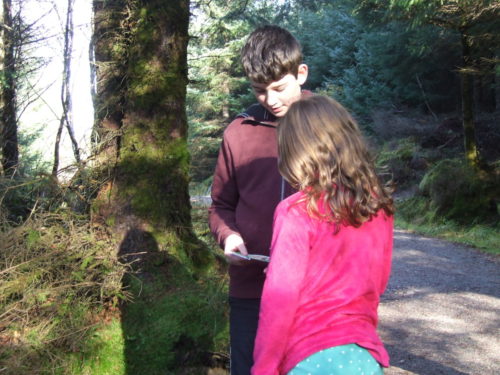 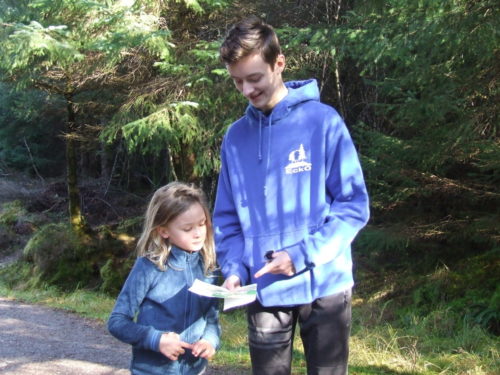 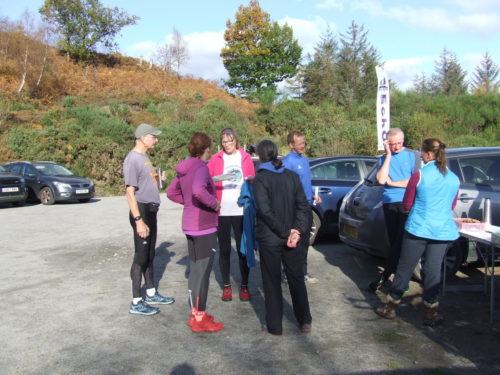 Post race analysis. If only I hadn't...
Credit: BK

Safety and Risk: A comprehensive risk assessment will have been carried out by the organiser, but participants take part at their own risk and are responsible for their own safety during the event.

Privacy: when participating in our events/activities your name may appear in the results section of this website or in newspaper reports. Read our Privacy Policy to see how we look after your personal data.

Hired timing chips (Si-Cards, dibbers): We provide a free loan of these if you don't have your own but if you lose it there will be a £30 charge for its replacement.