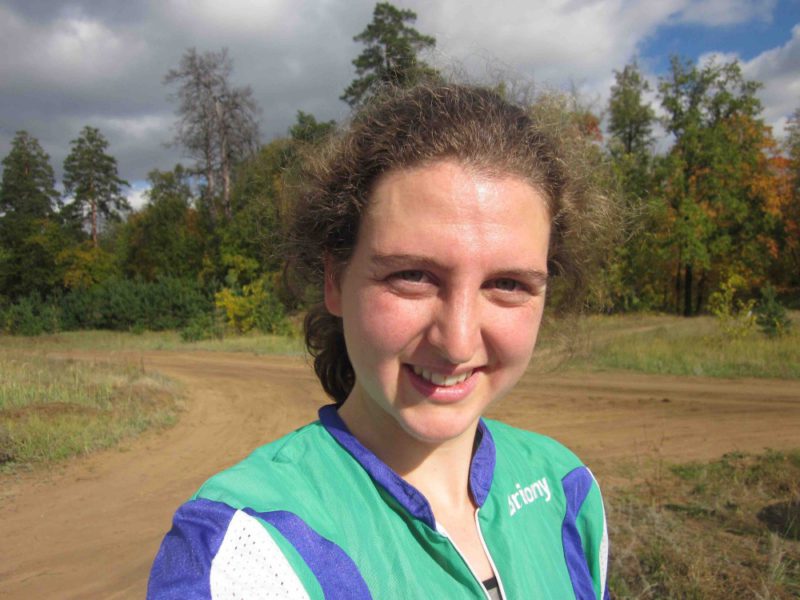 Briony Kincaid, who is one of our young adult members has gone to Russia for a year.

Briony has made contact with some local orienteers and has agreed very kindly to provide us with an insight into orienteering in and around Sumara which is a large city found in the South Eastern part of European Russia.

You will find her story below:

I’ve now been in Samara for a week and a half and I’ve been orienteering twice, both in beautiful weather and through gorgeous autumn forests. They have both been regional events in a ‘Marathon’ series so both were long distance; 9.5 and 8.6km. There are about the same number of competitors as at a SOL and, like at home, they are of varying ages, abilities and levels of professional looking clothing. There seem to be more men who compete than women and they are more serious about this competition, certainly among the older age classes, maybe it’s more equal among younger competitors. The age categories are slightly different. M/W 10, 12, 14, 16, 21, 40, 50, 60, 70 and also M18. Instead of start times there are mass starts, maybe 3 or 4 different ones for the different classes and spaced 5 minutes out. I didn’t like it last week because I quickly lost contact with the majority of people and saw no one for most of the time which made me feel like I was very far behind. This week I enjoyed it more and I think the courses were a bit more similar so people were generally running in a similar direction. I’ve found out about the orienteering here through Jegor Kostylev who put me in touch with Pavel, an orienteer here in Samara who has been keeping me informed of the events and has organised transport for me which is fantastic.

Last week was about an hour away from Samara, towards the neighbouring city Toyliatti. There were no signs or kites to show the way when we were driving there. We just drove along a sand dirt track which was very uneven (I believe this is still classified as a road and people drive along it with far less concern than they do at home) and then parked wherever once we arrived. On my course, Ж21, there were 9 of us, and Pavel suggested it would be a good idea for me to stick with the pack. However, when we started the pack soon split into 3 and I chose the wrong group of girls to stick with. After a while tagging along with them while they discussed where they were in Russian which I couldn’t understand I gave up and decided to work it out for myself. This was much better. The map scale was 1:12500 which is new to me and I found it hard to judge the distance in the forest. I also found the contours vague and difficult to interpret. We were on a kind of ridge which seemed quite obvious on the map, but then the contour interval was 2.5m and so it was not a sizeable ridge at all. After 16 minutes I eventually found it and was ready to head to number 2. I took it cautiously which worked out well and gave me a bit more confidence. I also met another girl who was on the course at 2, (the group I’d got lost with evidently weren’t the only ones who struggled with 1) and we were together for a few controls before she got ahead. It was going quite well until number 11 when I ended up way out and feeling a bit embarrassed to be running back past a couple of boys who had tried to speak to me earlier and I had mumbled back some dodgy Russian. Then I came across an older Russian lady who pointed me back down the path to find it. The paths there are strange, more like dry ditches than paths. At home they’d be boggy but not so here. Some of the tracks too, which look like big main tracks on the map are difficult to see on the ground. I think because both the forest floor and the tracks are smooth and leaf covered you only notice you’re crossing a track if you look left and right to see the lack of trees growing. I ran way too far on a path to 18 simply because I hadn’t noticed I’d already crossed a track and I was getting rather tired. From 11 I found it quite a slog and I made some silly mistakes but I finished and I wasn’t last. In fact, despite being 40 minutes behind the winner (who is in the Russian national team) I was surprisingly only 7 minutes behind 2nd place. Results are here: http://orientlt.ru/wp-content/uploads/2018/10/ResultList-30092018_v2.htm.

Today was a slightly shorter distance, 8.6km, and it was much more successful for me. This time I ignored the others at the start and navigated myself to number one taking a different route from the majority. This got me off to a confident start. It was 1:10000 today which I was more comfortable with. The start was up a wide ride with electricity pylons and a track going along it. This track was just sand and this seems to be the case in this area, no mud, no wetness but just sand as soil. However, it’s nothing like sand dune areas at home. I made quite a few small mistakes and veered off the direction a lot but I was able to sort it out pretty quickly and in the second part of the course I made fewer mistakes, probably because the contours were more obvious to me. However, on the slope I did find myself going too far down to 12 and 14 because I’d seen I needed to drop 5 or more contour lines. I was half an hour faster and, although results aren’t out yet, I know I beat one of the girls who I’d been running with for some of it.

I’ve been given lifts by a few different people now and generally they don’t speak much English so we’ve had some rather stuttering conversations but they are very friendly and generous. The guy who gave me a lift back to Samara today has a contraption so he can have a shower post-run. He has a big water bottle and a pump which goes into it. This is attached to a plug which goes in the cigarette lighter and also to a hose and shower head. It’s a friendly atmosphere at the events and they have a prize giving after each event giving out chocolates. Today, at Download, there was food available: a kind of bread roll which is cooked with a filling inside. These were given out in memory of a local orienteer who died in the summer. They had a poster with photos of him and I gathered from that that he had been orienteering for a long time and was maybe involved in setting it up in this area.

Next Sunday the park series will begin in various city parks so I’ll go along to that. 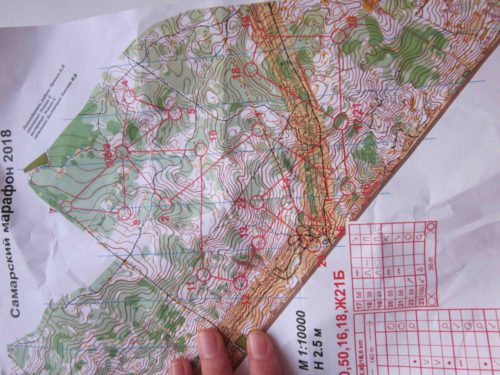 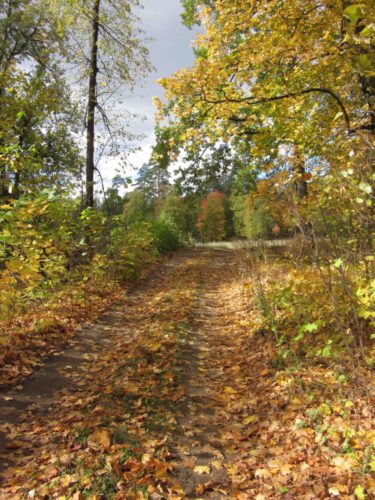 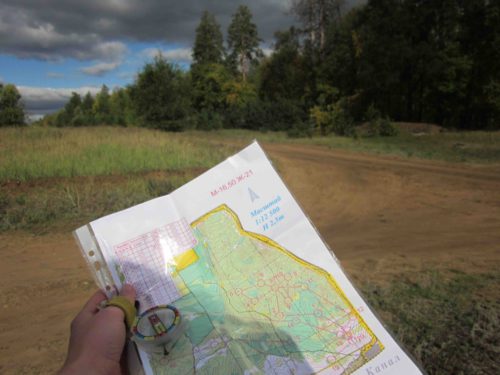