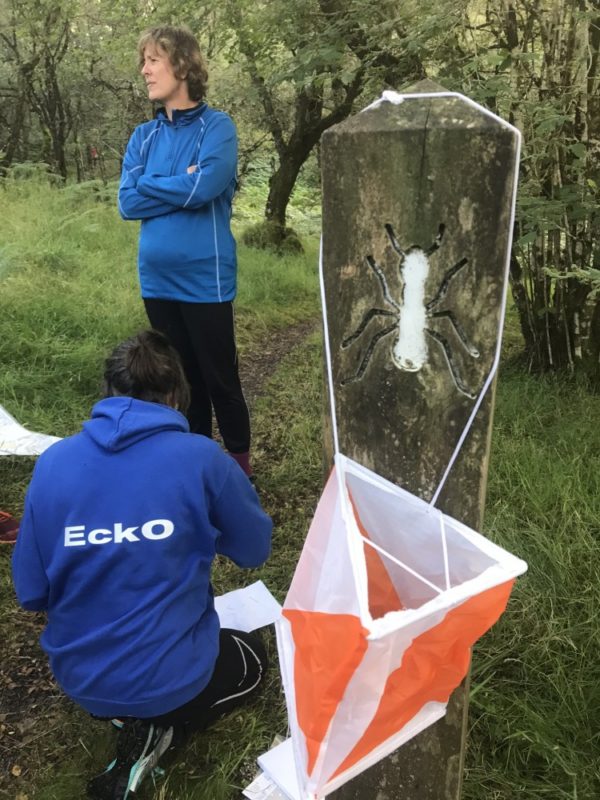 The first exercise involved the eight of us splitting up into pairs. Each pair had two maps with a similar course but with slightly different controls. We divided ourselves into A or B. A set off to the first control with B following. The twist was that B wasn’t allowed to look at the map until A was happy that the control had been reached. The other twist was that there was no kite marking the control!
This exercise really encouraged us to take note of our surroundings and concentrate on the main, obvious features. It also gave each pair a really good opportunity for discussion and clarification of the location.
The roles were reversed as B took A to the next control until the finish was reached.

The second exercise was an interesting one, testing not only our map memory but also our drawing skills!
Off each person trotted with a kite and placed it on a feature of their choosing (not too far away). They then returned and were presented with a piece of blank paper and colouring pencils and encouraged to draw a map of where the control had been placed.
This really focused the mind when you had to decide what features to include and what to leave out (simplifying the map) in order for someone else to use your map to find your control.

We had an excellent session and all came away feeling that not only had we uplevelled our orienteering skills but a few noticed a vast improvement in their drawing capabilities too!

A big thank you to Ross for planning the session. 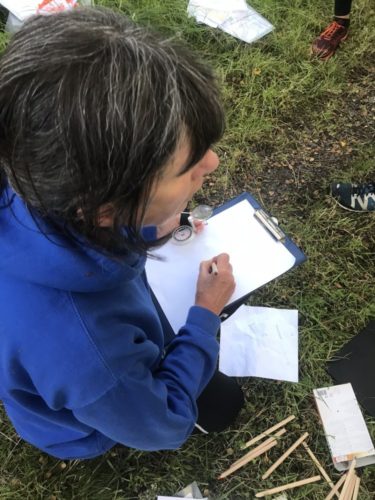 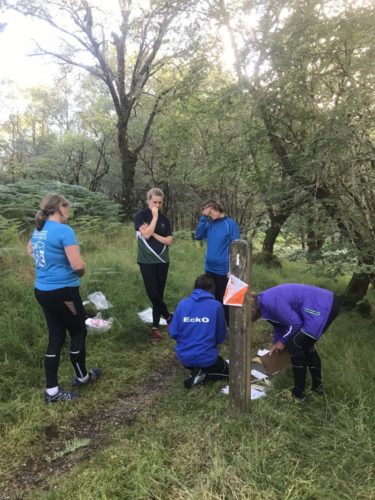 Whose map will I trust!
Credit: Ross Lilley 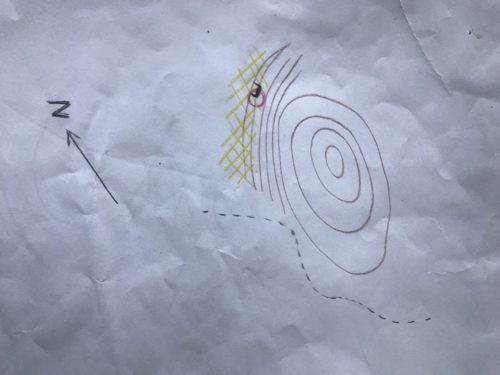 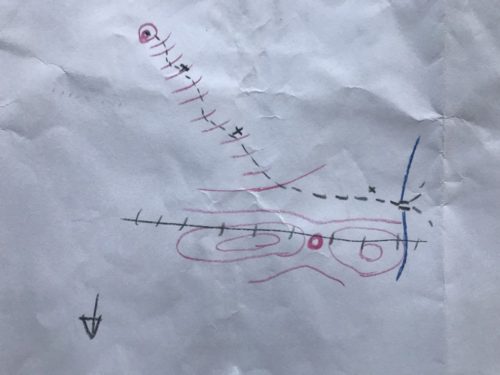