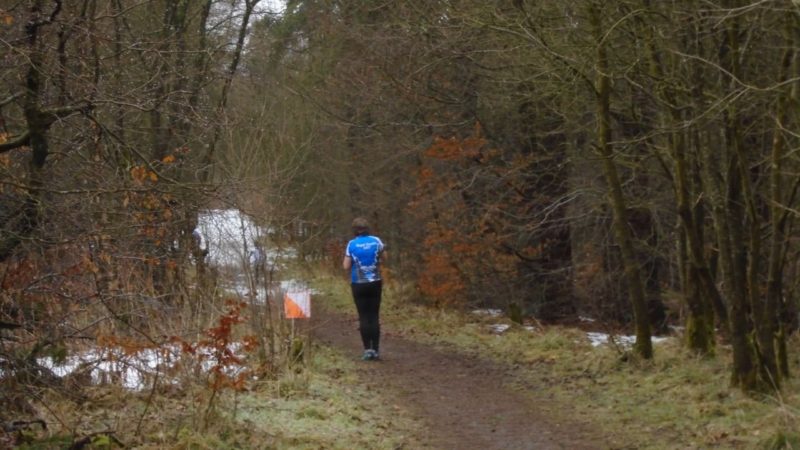 Diane dancing off into the distance
Credit: Bill kersel

The forest EckO-d with laughter as Scottish clubs descended on Beecraigs near Linlithgow for the initial round of the CompassSport Cup and Trophy.

“What does this mean?” I hear you say to yourself. If you are not familiar with the Compass Sport Cup and Trophy here is a short explanation:-

“The Compass Sport Cup is the British Clubs Orienteering Championships started by CompassSport Founder Ned Paul in 1982. Clubs are categorised into small (Trophy - 13 scorers) and large (Cup - 25 scorers) clubs. The Competition consists of an initial round in the spring and a final round in the autumn. Prizes are provided by CompassSport. The Competition is administrated by a volunteer co-ordinator on behalf of CompassSport and the Orienteering Clubs of the UK for which the competition was set up to serve.”

On Sunday EckO was represented by a small team of six who all managed to successfully complete their courses so we all got a counting score.

Forth Valley Orienteers gave a very warm welcome to all participants at Beecraigs for a day of challenging orienteering on a newly re-mapped area containing a mix of open fell, conifer and broad leaf forest, with areas of complex rock and water features along with a fair amount of thick mist, gloopy mud and icy snow!

Congratulations to all our participants, John McLuckie, John Coon, Carol Burnapp, Jan Kersel, Diane Mailer and Gregor Mailer. Congratulations also go to Logan who came second on his light green course. Even with our small number of competitors we still managed to come tenth!

Jan modestly omits to mention that she was EckO's top scorer: 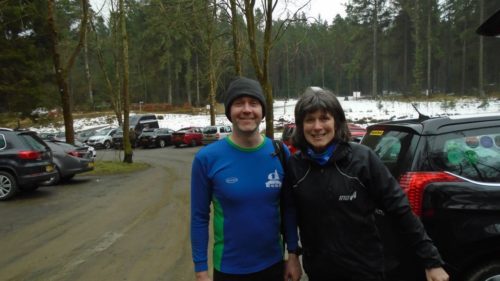