Loch Eck Orienteers is the orienteering club for Argyll, Scotland. The club covers the whole of Argyll, but the majority of members are in the Lorn/Oban area. We have a very active junior section and cover all ages of adults, including some that compete at international level, but we also welcome newcomers to the sport.

The club email address is info@ecko.org.uk

Links with local schools have been established with the help of ABOP (Argy ll & Bute Orienteering Partnership). This is a partnership between EckO, the Argyll & Bute Council and Stramash.

A spring series of about seven events (one every week) is usually held in April and May; after that the midges are often too fierce and the bracken requires a periscope to find the way through! Then about 10 events are spread over the Autumn/Winter months.

We also support the Inter-School Orienteering Championships that are held each spring.

We usually enter a number of relay teams at major events like the British Champs, Scottish Champs, CompassSport Cup and InterClub Relay. Most members are now travelling to events outside of Argyll and so details of these now appear on our event list.

Argyll offers some of the finest orienteering terrain in the country and people travel long distances for the chance to run on it. EckO embarked on a large mapping programme recently, and we now have 25 areas mapped. This mapping project will allow the club to continue the provision of local orienteering for local people. All maps are printed on waterproof paper and pre-marked with the course.

One of the Argyll & Bute orienteering partnership achievements was to get an orienteering map produced of every school in Argyll.

We have several qualified coaches and frequently run sessions to help people develop their orienteering skills. This includes planning, organizing and computing skills as well as out in the forest. Some members are also involved with after school coaching sessions.

Our website is now the main means of communication, as it can be updated so fast and provides an archive of information. People can sign up to our mailing list and receive emails about club news and events.

EckO was formed in 1984. In the Dunoon area there were two prominent orienteers - Hilary Smith and Jean Ramsden. They provided the driving force for the inauguration of the club.

In the first six or so years of the club membership was healthy. At that time there were many outdoor education centres in the area. Staff working in the centres were attracted to the sport and had already supported events run by staff at Ardentinny Centre in the 1970’s and early 1980’s. A crisis came in the mid 1990’s when club membership had dropped. At an A.G.M. the current membership voted to continue as a small club, with the main aim being the provision of local events for local people in the Cowal area.

Recently there has been a change in the clubs member base, with lots of new active members that lived near Oban and fewer participants in the Cowal area. This has lead to the majority of events being held near Oban.

August 2011 saw the largest Orienteering event in Scotland being held near Oban, the Scottish 6 Days. EckO was one of the central organising clubs, and our members filled a number of the key roles. 3600 people took part on some of the finest technical terrain that Scotland can offer.

Get event updates and news direct to your inbox. 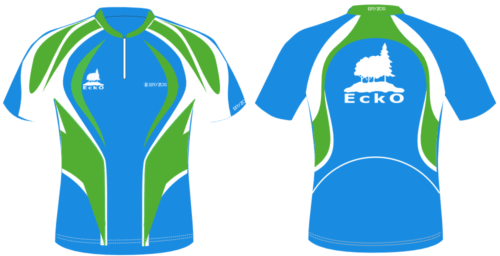 Related pages to About Us

Usually EckO will allow you to participate in an event without being a member but in this current climate we are making our events available to members only.

The General Data Protection Regulation (GDPR) imposes rules and safeguards on those who hold and process personal data, i.e. data relating to living identifiable individuals.
In the interests of being open and fair, the club wishes to inform members of the data held and how it is used.

EckO has always aimed to respect and protect the personal data of all our members, noting that the vast majority of your orienteering relevant data is collected by British Orienteering or Scottish Orienteering and shared with appropriate and approved EckO members.

Find out what the committee have been talking about.